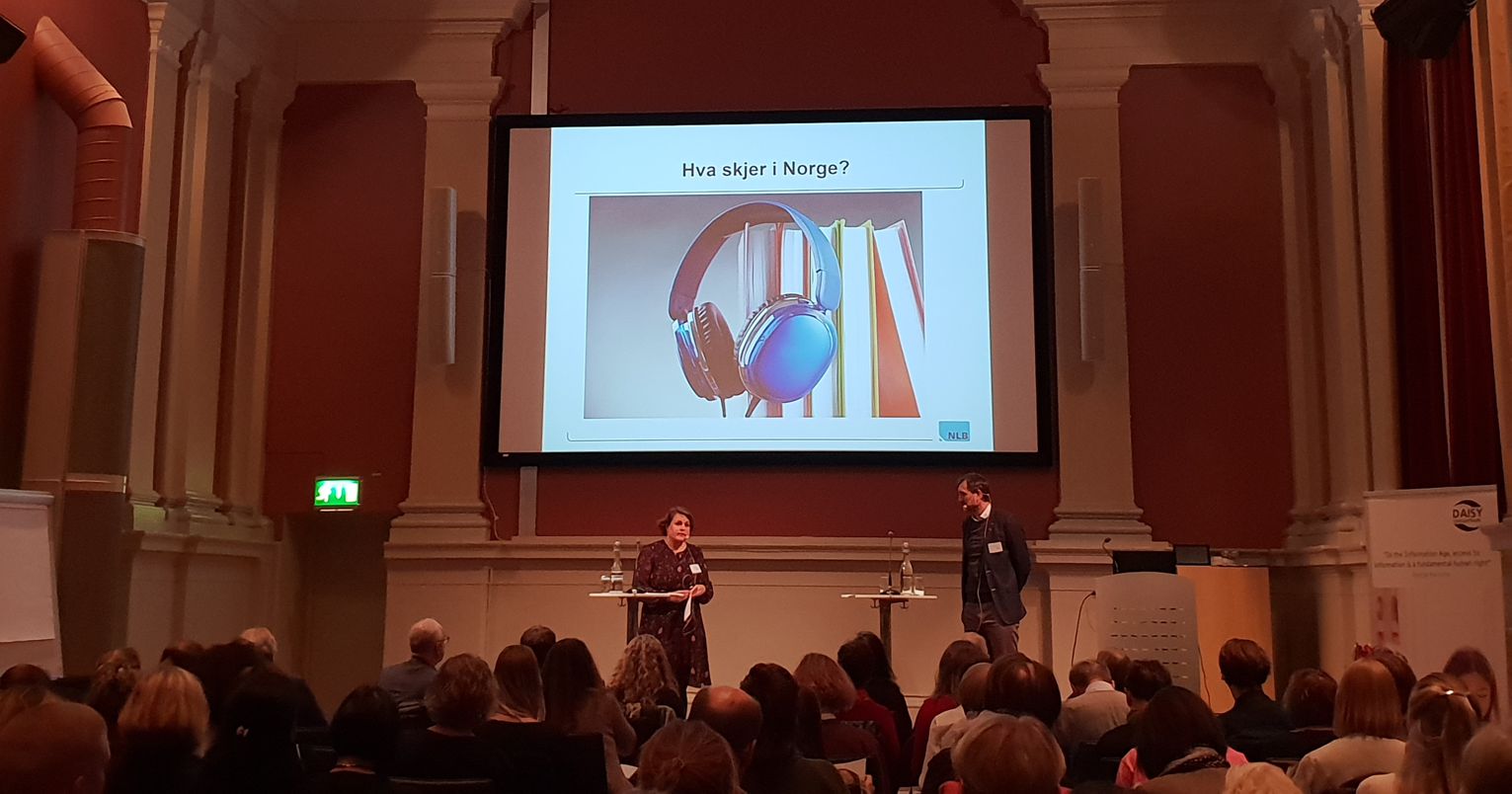 The Swedish DAISY Consortium consist of 42 members, including universities, regional libraries, Swedish Agency for Accessible Media and related organizations. We are a full member of the DAISY Consortium.

We held our annual conference in Stockholm in November. This year’s topic was Accessible reading for democracy and the conference focused on how to enable participation for all. The audience of the conference was mostly librarians from public and university libraries, staff from MTM (Swedish Agency for Accessible media), disability organizations and other interest groups.

Another theme was how to make information accessible for all. The project “Be an Easy-to-Read Politician” is an online-course to help politicians write Easy-to-Read Swedish, enabling people with reading disabilities to participate in political discussions.  Another project on Easy-to Read texts was also presented.  The project has tested on end users what it is that actually makes a text easy to read and easy to understand. The result shows that it is not only how you write the text that makes it easy to read, it is also important how you present it – layout, font etcetera.

To reach new users is always a challenge and it was very inspiring to listen to how librarians from Linköping public library have reached out to new users in unexpected ways and in unexpected contexts.  The librarians have for example visited union meetings and informed about the libraries services for persons with reading disabilities.

The importance of working together with mainstream, to make publishers and media understand the benefits of inclusive publishing was another topic. Fredrik Karlsson, MTM, told us about how MTM are involved in a number of pilot studies on how to encourage publishers to use The DAISY Consortiums tests for accessible ebooks. The mainstream publishers has shown great interest in inclusive publishing.

Two guest speakers from the Nordic countries also spoke at the conference.  Öyvind Engh from NLB in Norway told us about new collaborations that aims to reach new users and to increase the access to accessible media. One way of doing this is to work together with mainstream publishers, so that the commercial titles are produced accessible from the beginning – born accessible. Öyvind pointed out the Marrakesh-treaty as an example of how NLB will be able to give students access to adapted textbooks faster. We learned more about the benefits from the Marrakesh-treaty from Kirsi Ylläne from Celia. The treaty makes it easier to share adapted texts. If a book is available in Daisy-format in one country, you can share that copy and not all countries has to adapt the same text. This helps us use the resources better and hopefully more books will be available in an accessible format. Kirsi explained that the Marrakesh-treaty makes it possible for universities to exchange adapted texts directly with another university in another country.

The audience left the conference infilled with inspiration and new knowledge. “This was the best conference that the Swedish Daisy Consortium has arranged” said one on the participants.

Thanks to Elin Nord, Chair of the Swedish DAISY Consortium for contributing this article.